As the saying goes, “Beauty is pain.” And if you want to present yourself beautifully and differently from everyone else, you must pay a high price. If you want to keep up with the latest fashion trends, you have to achieve a lot about bizarre fashion trends famous in history and give up, that’s for sure.

However, if we go to compare the current fashion trends with the past, then it will seem like a milkshake of fashion trends that have left a mark in the fashion history of this era. If the question comes to your mind, what did our ancestors do to make themselves different, beautiful, and attractive? Then you have to read the bizarre fashion trends famous in history whole article.

The corset has been used for centuries as a tool to fulfill the dream of women’s beauty and attractive slim waist. But in the 1890s, corsets made of hard and very tight lace became very dangerous. The use of hard corsets made of a combination of steel and lace can lead to dangerous problems such as flattening of internal organs, internal bleeding, shortness of breath and broken ribs.

If you are asked to mention a ‘must have’ costume for every eighteenth-century movie set, Crinoline can be named without a doubt. R.C. Mrinet invented crinoline as one of the deadliest fashion trends in history. Crinoline is basically a horsehair and a steel frame, which used to give a giant shape to women’s skirts. This dress was not only uncomfortable, it was impossible to sit anywhere or get out through the door because of the steel frame.

It’s just that, if it was worn in front of the wind, it would not be safe! However, the most dangerous aspect of this clothing was flammability. Even if you were standing next to a fireplace or a fire in general, there was a 100 percent chance that this garment would catch fire. And last but not least, the giant cage-clad man had no choice but to flee for his life if a building caught fire.

Between 1850 and 180, crinoline was transformed into a garment that made it so large that it killed thousands of people. In these two centuries, three thousand women in England died of burns caused by crinoline. The most infamous fire caused by crinoline occurred in 183 at The Church of the Company of Jesus in Santiago, Chile, where an estimated 3,000 people died in that room due to the presence of flammable crinoline alone.

If you look at the history of bizarre fashion trends, then it is definitely a hubble skirt. This skirt became so popular that there was no reliable information about who invented this skirt and when, so everyone turned to take credit for it.

Back in the 1910’s, women began tugging at the extravagant fabrics of the past, the layers of clothing, and the chains around their giant waists to enhance their taste, instead of wrapping them around their ankles. You’re right, this is that famous hubble skirt.

The hubble skirt was so tight from knee to ankle that wearing it would allow you to walk with only a small step. The Hubble skirt quickly became a fashion scandal as it moved from Paris to the United States. Cartoonists began photographing women wearing hubble skirts, and a huge article was published in the New York Times about the impact of this hubble skirt on the clothing industry, entitled “An ungraceful and immodest freak of fashion.”

But this trend was not easily lost, on the contrary, the popularity of this skirt increased so much that the stairs to climb on the trains and streetcars were further reduced so that women wearing Hubble skirts could get out of the vehicle on foot.

Although the whole world now remembers ancient China with gratitude for inventing printing, paper making, gunpowder and compasses, the practice and introduction of foot binding or lotus feet does not fall into the epoch-making inventions of ancient China at all.

In the tenth and eleventh centuries, women’s lotus feet were considered a symbol of wealth and abundance. If you look at the picture of foot binding, you will understand how painful this whole process was. This process would have been completed in four to nine years. The feet were first soaked in a mixture of vinegar and natural herbs for a lotus fit.

The toenails were then cut off and the toes were then firmly pulled down, until the bones were broken. Wealthy women used to tie their legs tightly with cloth once a day so that the shape of the feet was in the desired shape.

Through this practice, women became much desired as ‘household goods’, because it goes without saying that it was difficult to do any work with those legs, it was difficult to move properly. Men used to force women with lotus feet to walk in smaller steps to maintain the purpose of foot binding. As a result of this painful procedure, women lose the sensation of their toes, gangrene, blood poisoning and even more horrible results are infection in the fingers, putrefaction and toe peeling.

What, the title frightened? Surely you are wondering, is this even possible! While it may seem unbelievable, it is true that arsenic-based green clothing became very popular in the eighteenth century, which literally amounted to inviting a lot of death. This highly toxic emerald green crystal powder was known as ‘Paris Green’, which was used in clothing ranging from house curtains. This garment became so popular that the garment remained on the body of the wearer until the doctor came and declared him dead.

From this eighteenth-century arsenic-based green garment, the toxin slowly enters the body, causing skin diseases, ulcers, diarrhea, headaches, and cancer. For almost a hundred years people have been wearing this colorful green dress,

Later, a chemist thinks that this arsenic-based green ‘Paris Green’ needs to be thoroughly tested and then the whole matter comes to the fore. In the name of fashion trends, people who have been carrying poison in their bodies and at home for so many years, were exposed to the public at that time.

Have you ever seen a sixteenth-century painting by Queen Elizabeth? If so, you may have wondered why the queen’s face was so white. The answer to your question is another bizarre fashion trend this time, which was hugely popular in the sixteenth century.

Lead face paint was one of the most popular fashion trends of the time, which was thought to symbolize the abundance and beauty of women. And this is why women used this poisonous ‘lead face paint’ on the skin to achieve complete whiteness in the face, which was deadly harmful to the skin. Not just skin problems, this face paint can cause headaches, toothache, tooth loss, stomach ailments, hair loss, paralysis and even death.

The saddest thing is that despite knowing all this. Women have not been benefits of following fashion trends of these bizarre fashion trends famous. Its just for many years only for the purpose of showing off their abundance and beauty. 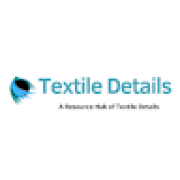 An Ultra-Rare Patek Philippe Sells for A Record-Breaking £5.52 Million At Phillips Geneva Auction

Why Is My Dishwasher Stinky

Should you take Brain Booster supplements