This sentence alone can save so many lives that suicide claims every year. According to PAHO, 97,339 people committed suicide in the Region of the Americas, and it is estimated that 20 times that number may have made suicide attempts.

Why? Because people who are feeling suicidal don’t open up to someone and the people around them are too naïve to identify the signs.

The theme of WSPD 2021, “Creating hope through action,” is to preach that suicide can be prevented by taking the right steps and reducing the associated stigma.

The goal is to raise suicide prevention awareness worldwide through different seminars and events. Suicide prevention day is all about how we can each support each other better, spot the signs, and reach out to people who are struggling before it’s too late.

Having a suicide plan for yourself or someone you know is crucial in times of extreme emotional distress. A suicide safety plan is a written set of instructions that act as a contingency plan if you or someone you know were to go down the path of suicide. This safety plan supports and guides individuals in dark times and helps them escape the intense suicidal crisis.

A suicide safety plan should be written when the individual is not experiencing any sort of negative suicidal thoughts. It is also important to have a loved one or someone who you trust completely with you when writing the safety plan.

Situation: Got bullied by a group at school.

Thoughts: I have had enough of this misery. I can’t suffer anymore.

Body sensations: Urge to do drugs.

When to implement suicide safety plan: With the very first thought of suicide.

Set up an emergency alert system: Suicidal thoughts can quickly overwhelm your thinking ability and make you do things that can hurt you. Once you have familiarized yourself with some of the risk factors and suicide warning signs, set up a suicide safety plan app like the one offered with Silent Beacon Panic Button. If you feel yourself inclining towards suicide, press the panic button and Silent Beacon will place a call to emergency responders and alert up to six additional contacts with a text and your GPS location. The suicide prevention app ensures that there is always a loved one on standby for support.

According to the U.S. Center for Disease Control and Prevention, suicide is the second-leading cause of death for young people ages 15 to 24, surpassed only by accidents. These figures are alarming and indicate how important it is to prevent youth suicide. Suicide in teens frequently occurs in combination with external circumstances. The negatives gradually build up and go beyond teens’ endurance, ultimately leading to suicidal thoughts. Here are a few external factors that can lead to suicide in teens:

Here’s how you can play your part in suicide prevention tips for teens: 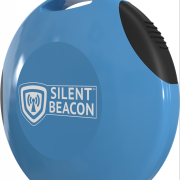 Simple Methods to Logout of Facebook Messenger on Android and iOS

Protect Your Loved from Cyber Issues with Snapchat Spy App

Keeping Your Home Business From Failing