If you know anything about the Little Prince and his stories then you most certainly remember the story of a rose. We speak of his beloved flower with four thorns that made him leave his planet. Their relationship is one of the most important factors of the book. The rose is the reason the Little Prince decides to go on a journey in the first place.

Who Is The Rose?

Before we get into a deeper elaboration of the relationship between the Little Prince and his rose it is important to reveal the identity standing behind his beloved flower. The woman that inspired the story of the rose is Consuelo Suncin de Sandoval. She was born in Armenia, El Salvador on April 10, 1901. Her father was a rich coffee grower. Due to her asthma father sent her to study in the U.S. in San Francisco. She herself became the writer of a few books and novels. She had two marriages before, in 1931, she met Antoine de Saint-Exupery(the writer of Little Prince) and became his wife and muse. The marriage also elevated her into countess. In addition to that, Antoine was her third husband. The first was the Mexican army captain Ricardo Cárdenas. She divorced him but lied to other people that he was killed in the Mexican revolution because those were the times when divorced ladies were stigmatized by society. It is why she has chosen to present herself as a widow. Her second husband Enrique Gómez Carrillo really did die in 1927. He was a Guatemalan writer.

Relationship Between The Little Prince And The Rose

As the little prince recalls, his world was full of one-day flowers. They only had a single ring of petals. Those flowers would appear in the morning and disappear in the evening. During their short existence, they occupied very little space and didn’t bother anyone. This is very likely an allusion to the writer’s love life featured by numerous passionate affairs that held no deeper meaning.

However, one day, winds brought one very special seed on his little planet. Soon after, a completely new flower began to sprout. It is how the story of the rose started. The Little Prince carefully monitored the flower fearing it could have been some new species of baobabs. However, it turned to be the prettiest flower the little boy had ever seen. A rose. She was not humble at all. The rose claimed she was born together with the sun. Right after she shoved her petals the rose demanded from the little prince to attended to her needs. The Little Prince started to water it. He also set a screen around her and put a glass bell over her during the night. However, one day the little prince grew tired of her and decided to leave. Later he deeply regretted it saying that he was too young to know how to love her. He also repeats that he should have judged his rose for her deeds rather than her words and sadly recalls as she used to perfume his whole planet.

All these are, without a question, the features of true love. Those sophisticated feelings were inspired by Consuelo Suncin de Sandoval. As we already said she had asthma. It is the reason why Antoine made rose to be fragile. The rose also used to cough a lot. And was very spoiled. But the rose was also the only flower that lasted long enough to induce the little prince into building a deeper relationship. Yet it is only after meeting the fox that the little prince understands the truth behind their relationship. Yet before the fox, there is one more important encounter the little prince has – meeting the field full of roses.

Meeting The Field Full Of Roses

One of the most important and controversial scenes from the little prince is the one in which he encounters a field full of beautiful roses. The scene is assumed to be the writer’s metaphor for his infidelity because both he and his wife had many affairs during their marriage. Antoine’s most famous affair was that he had with Helene de Vogue. She was known as Nelly. In Saint-Exupery’s biography, she was addressed as Madame B.

The field of roses is very important because it helps the little prince to learn the difference between true love and passing pleasures. His rose told him she is the only one of her kind in the whole universe. But now, as he was standing in front of dozens of flowers that looked exactly the same he burst into tears. He felt betrayed and came to the conclusion that she is just one of many. It meant he is not the real prince due to the fact that he has nothing special. But the fox made him understand the truth.

Fox explained to the little prince that relationships make one being special. She started her explanation with taming. After the little prince tamed the fox he understood that the rose on his planet is the only one in the whole universe. He got back to the field of roses and shouted to all of them that they are completely shallow because no one ever cared to tame them. It is how Saint-Exupery shows that he came to understand that, while there were many other women in his life, Consuelo is the one who gave him a deeper meaning.

The Story Of The Rose

Antoine de Saint-Exupery disappeared on July 31, 1944, after he flew on his last reconnaissance mission to collect intelligence on German troops around the Rhone Valley of France. His body was never found. While the wound was still fresh, Consuelo wrote the memoir of their life together called “The Tale Of The Rose.” But it was only two decades after her death in 1979 that the manuscript was found. Her hair and employee José Martinez-Fructuoso discovered it in an attic trunk. Alan Vircondelet was the author of Saint Exupery’s biography. He edited the manuscript by improving her French and turning it into chapters. The Tale Of The Rose was published in June 2000 in French. It became a true national sensation. From 2011 it had been translated into 16 languages.

Many people claim that the Little Prince ends with suicide. However, it is not really so. He merely makes a compromise and suffers the sacrifice in order to go back to where his heart is – his home planet on which his beloved rose awaits. It is a story about love and reunion. While we read and love the story of the Little Prince, the protagonist of the book is living his own story – The Story of The Rose. As for the little prince, he will continue to live and inspire as long as humankind exists. The same applies to the rose. In the popular tv-series “The Adventures of Little Prince” Janet Waldo gave her voice to the rose. And there is even a museum in Japan where a rose is held to commemorate the love of the little hero from Eupery’s books. 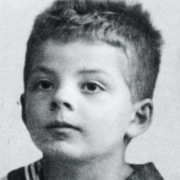 Benefits of Choosing USA as A Study Destination?

Any Accounting Assignments Tips for Beginners

Why Study Masters Of Data Science In UK?