Aluminum and copper utensils are in demand!

The reason is that these alloys are relatively low weight, have high strength, have plastic properties, and have a uniform density. They lend themselves well to casting, forging, and other types of processing. They differ in relatively simple production technology.

But, there is always a mystery about choosing the right metal for cooking.  Of course, every kitchenware has its own importance and has a huge impact on human health. To make the task easy for you; in this article, we are unleashing the major points related. At the end of this article, it becomes easy for you to choose which metal to pick!

The history of aluminum-copper alloys begins with the experiments of H. Oersted in 1825 when he wanted to obtain pure Al by electrolysis. In fact, he received a certain composition, which included other elements participating in the experiment.

Further experiments on the discovery of pure aluminum were carried out by F. Wöhler in 1827 when he received 30 grams of Al powder, and in 1845 – molten balls. However, the method of obtaining was too time-consuming and required improvement.

In 1856, A. Deville, together with his research group, developed an industrial method for producing aluminum and opened its first mass production. In 1886, P. Eru and C. Hall discovered the electrolytic method, which turned out to be cheaper and more efficient than the chemical one.

From 1888 to 1895, enterprises for the mass production of Al were opened in Neuhausen (Switzerland).

In 1906, A. Wilm began to develop high-strength aluminum-copper alloys at his enterprise. Through experiments, he obtained a sample that had the property of self-strengthening. Its production continued in 1911 in Germany.

Mass research of alloys fell on the period from 1920 to 1940 in the USSR, Germany, and the USA. Two directions of experiments began to be clearly divided – the study of pure and alloyed compositions.

The maximum solubility of copper in aluminum in the solid phase is 5.65%, which decreases with decreasing temperature. This makes it possible to carry out hardening and aging. The CuAl 2 phase plays the role of strengthening by the solution method, imparting mechanical and thermal strength.

The eutectic point is at 33% copper concentration, consists of a brittle but strong CuAl 2 phase, which makes the material unsuitable for practical use. A large amount of copper significantly increases the density of the samples. For casting, alloys with a concentration of 1 to 1.5% (to obtain hardening) and from 6 to 8% (to exclude the amount of the brittle CuAl 2 phase ) are used.

The good solubility of Cu in Al and the low melting point of the eutectic +548 0 С cause the appearance of a wide range of crystallization.

Low fluidity, formation of pores, cracks, liquation are characteristic signs of the need to find a compromise between casting and strength properties.

The main alloying element is copper, which leads to the creation of a nonequilibrium eutectic phase. Therefore, during heat treatment by quenching, stepwise heating of the melt to +530 0 C is carried out, followed by holding until a stable phase is obtained.

A significant number of conduction electrons in Cu-Al alloys significantly reduce the electrical resistivity to a level of less than 0.02 μOhm * m. The presence of iron impurities or alloying elements has practically no effect on this value.

Characteristics and properties of the Aluminium and Copper

The use of pure aluminum is not profitable due to its low strength. Even in the manufacture of electronic components, it is practically not used.

The properties of copper are significantly improved: plasticity is preserved, strength increases. In single-phase alloys, there is no fluid liquid phase, which is capable of filling the voids formed during the shrinkage process and relieving internal stresses. Difficult formulations have a complex hardening process and special measures must be taken during the casting process.

Which utensil is healthy to cook in? Copper or Aluminium?

The major issue that many faces while cooking is that whether the utensils are beneficial for their health. Or, it is giving some adverse effect to them.

When it is about cooking food in Royal Copper Frying Pan, the effect on collagen improves in food.  Accordingly, this alloy is influential for skin also. Water stored in the copper water bottle overnight and drinking it the next morning boosts the gut health. Because the metal is related to the sun and fire, hence, it boosts the heat in the bot; hence, boosting the metabolism rate in person. Also, it boosts the bile secretion, detoxifies the human body, increases the HB level, and even helps in the peristaltic movement for better digestion of the gut.

The disadvantage is that copper metal is non-economical, requires polishing after some time; and is not perfect to cook on induction.  If the food is fried in an unlined copper utensil, the copper might leak in the food and give health problems.

On the other hand, Aluminium metals are comparatively not that safe to cook in. The reason is that while cooking in aluminum vessels, the alloy gets leached to the food. Also, if you will keep the food for a long time in the aluminum vessel, there would be more leaching. It results in constipation, paralysis, constipation, and other critical disorders. It is advised to cook the food on medium or low flame.  High flame might discolor the aluminum cookware surface. Moreover, avoid cooking acidic or highly alkaline food because they can pit in the vessel coating.

Cooking is an art! Purchasing the utensil is overwhelming. Therefore, it is essential that you carried out research and then, find out what is appropriate to cook. Remain sensible and smart while choosing utensils.  Eat only hygienic and healthy food.

Are you using any of these utensils? Which one do you find beneficial and easy to cook? Share your experiences with us. Also, do share your feedback related to this article. 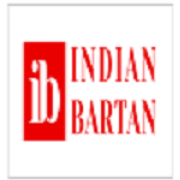 Mental health and its importance